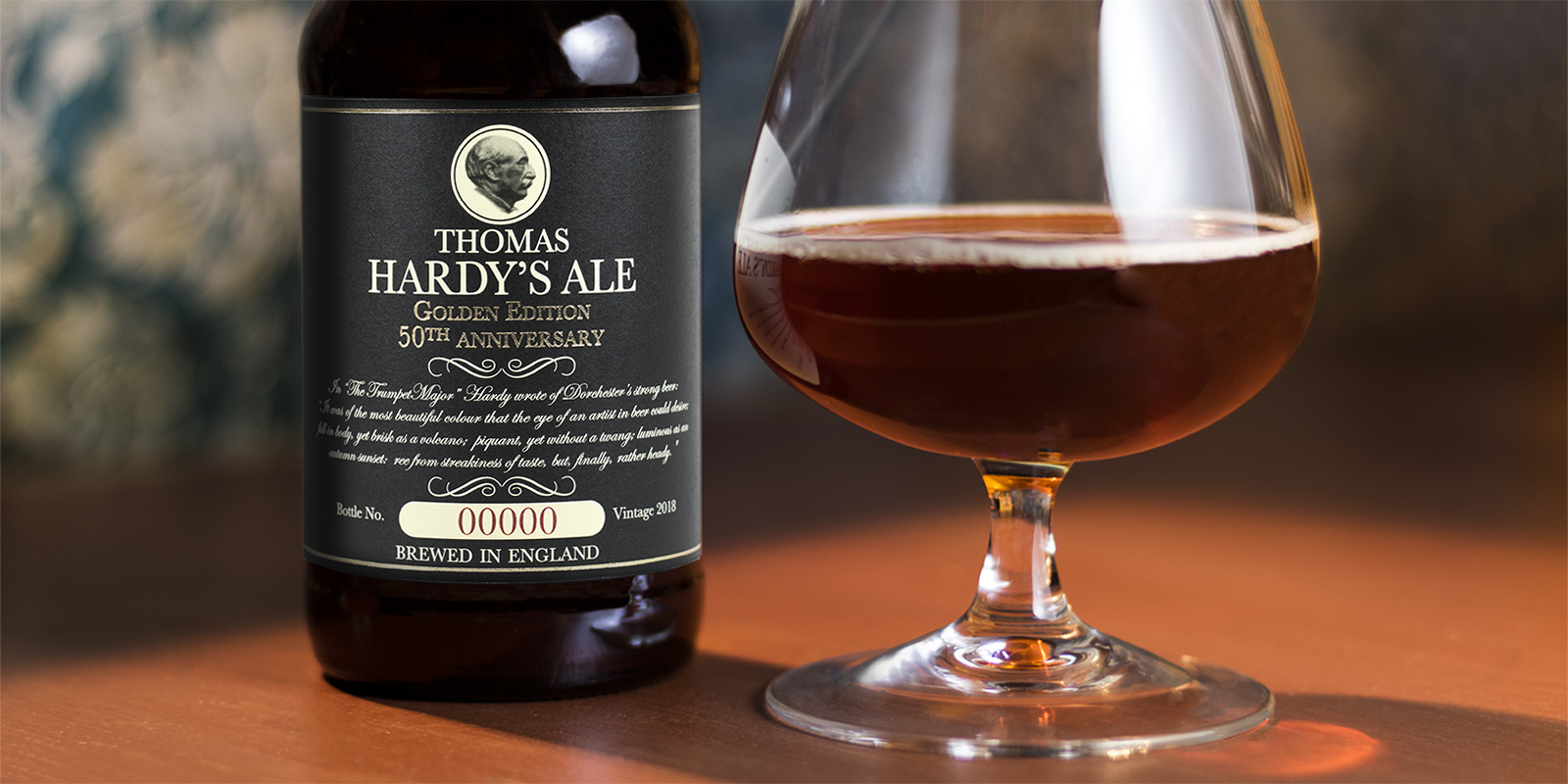 Thomas Hardy’s Ale is back home in the UK: the Barley Wine par excellence is finally available on the English market, exactly in the year of the 50th anniversary… celebrated with a special vintage, the “Golden Edition”, available on www.laithwaites.co.uk.

In 1968, the fortieth anniversary of the death of the famous British writer and poet Thomas Hardy, some prominent members of the Dorchester society founded a cultural association, the Thomas Hardy Society, to promote his works. Among these there was also the Pope family, owner of the Eldridge Pope brewery, who decided to celebrate the event giving life to the historical Strong Ale described by the artist in his novel The Trumpet Major:

“It was of the most beautiful colour that the eye of an artist in beer could desire; full in body, yet brisk as a volcano; piquant, yet without a twang; luminous as an autumn sunset; free from streakiness of taste; but, finally, rather heady. The masses worshipped it, the minor gentry loved it more than wine…”

Numbered and vintage-dated bottles, given the predisposition of this Barley Wine to age in the cellar for decades, the 1968 Thomas Hardy’s Ale was meant to be a “one shot”. But, as we all know, the story went differently…

Fifty years later, the reborn Thomas Hardy’s Ale, produced by the brewmaster Derek Prentice at the Meantime’s London facility, is finally available on the English market thanks to the collaboration with Laithwaite’s Wine. And it happens precisely with the “Golden Edition”.

Black label with golden details, the Thomas Hardy’s Ale vintage 2018 keeps its characteristics unaltered: limited edition, numbered labels and predisposition to aging in the cellar for many, many years. Only the alcohol content varies slightly and reaches an impressive 13% by volume.